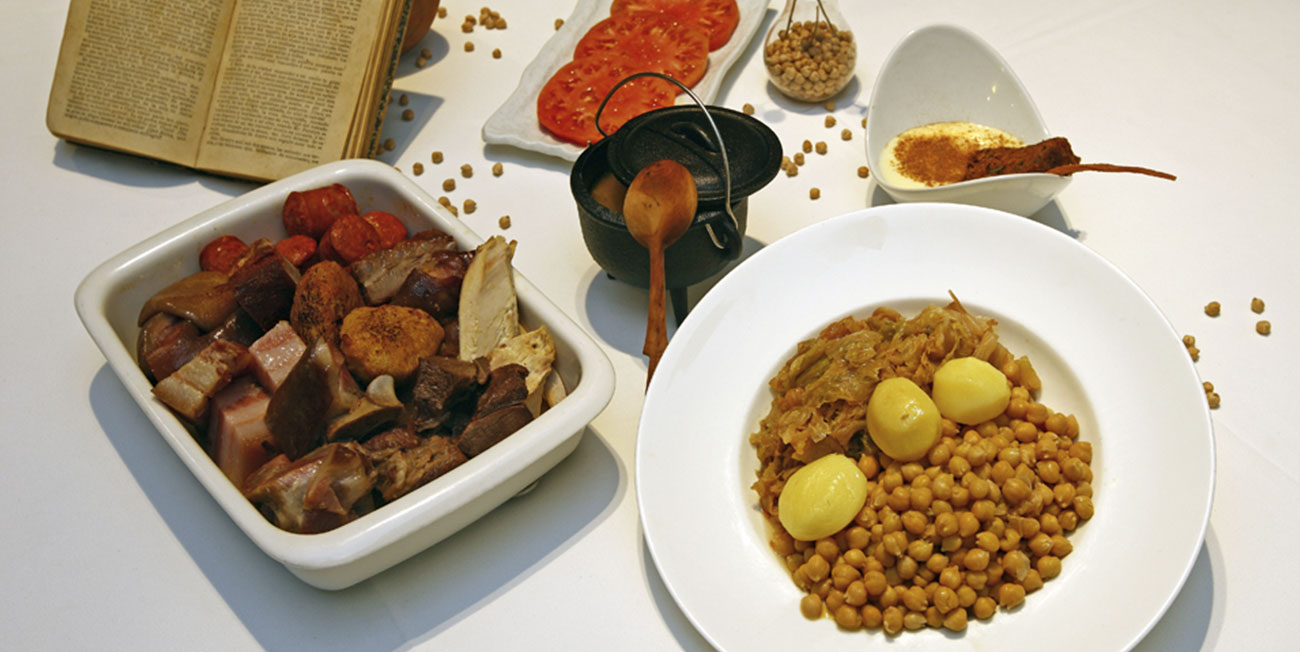 The city of Astorga has inherited a rich gastronomic tradition thanks to which  unique dishes and typical specialties can be tasted, without a doubt being Cocido Maragato the star dish of this tradition; its tasting begins with seven types of meat, both pork, chicken and beef, then the chickpeas that are usually of the variety known as “pico de pardal”, and in turn are accompanied by potato and cabbage; to finish with soup and custard dessert with a kind of cake called “roscón”.

The inhabitants of Astorga and its district were dedicated from centuries to the horseback transportation activity, that consisted in the transport of all type of merchandise with carts and mules. The maragatos muleteers traveled along the entire country, although one of their main routes went from the diverse coastal zones of the north to the interior, this helped to popularize range of dishes very common in seaports became popular in the whole region, for example cod, octopus and conger eel “al ajoarriero”.

Another jewel of Astorga and its regions’s gastronomy of Astorga is the Beef Jerky that bears the Protected Geographical Indication “Cecina de León”, and the red meats, coming from cattle raised in the nearby mountain range of Teleno.

These products and specialties can be tasted in the restaurants of the municipality of Astorga, either in their traditional forms, or in the form of evolved recipes more adjusted to the current tastes.

Desserts and sweets also have a privileged place in the astorgana gastronomy, its famous mantecados, the rich puff pastry, the traditional chocolate “melted to drink” or merles.

The first written reference that is made for mantecados, dates from the year 1805, although surely its origin is previous and possibly linked to the sweets and pastries of the female monasteries of the city. This product being more than two hundred years old, is made with raw materials of great quality so that its flavor remains the same as always. As a curious fact, the mantecados are presented in the typical “paper boxes” that are hand made by the “cajilleras” a traditional trade developed by women that still live in the city today.