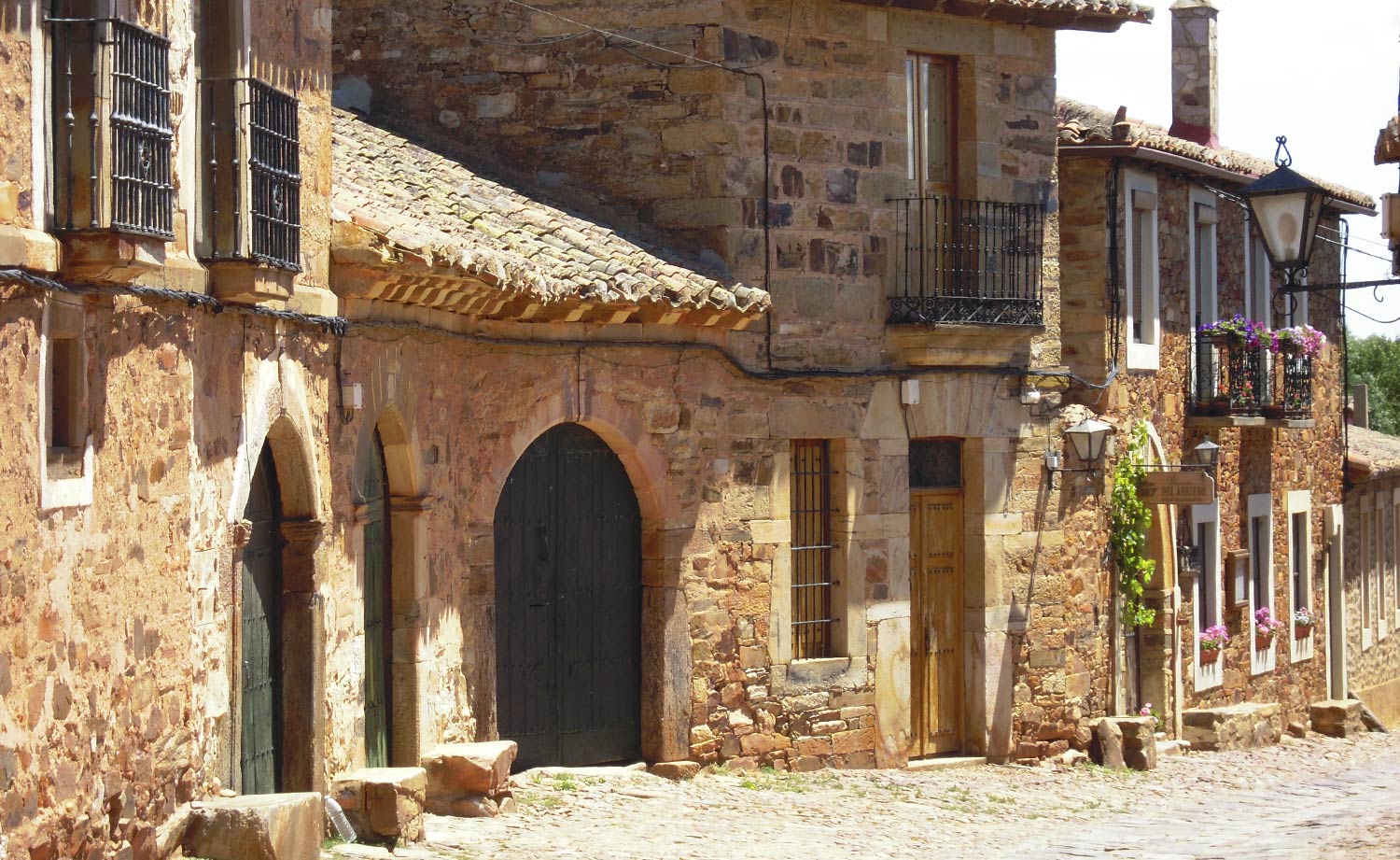 The maragatería region is located to the southwest of the province of león. Its locals are known as “maragatos” a name that stems from the Latin word “mercator” because for centuries the inhabitants of this zone were muleteers and dedicated, therefore, themselves to the transport of goods with carts pulled by mules along the entire peninsula. The toponymy of the zone does not reflect the word Maragatería in any town, however the word toponymy Somoza is often found. This was the original name of the region that stems from the Latin word “submontium”, i.e., under the mountain, because the whole region is in the vicinity of Mount Teleno. It is assumed that the word “maragato” was not the demonym (term referring to the natives or inhabitants of a particular place) of the zone but was an appellation that other people gave to the locals of the region due to traders and merchants’ craftsmanship that was carried out until the railroad ended this kind of life in the XIX century.

It is therefore the region of the Maragatería, like many of its customs and traditions, mysterious in the origin of its name, its people, its folklore and traditional rites, but at the same time it is fascinating for the uniqueness and wide selection that offers to the visitor. We will be able to know more thoroughly about the region’s ethnographic treasures in the Arriería de Santigomillas Museum.

Among its most outstanding attractions are; the traddional architecture of the region, that features houses adapted to the muleteer trade in towns such as Castrillo de los Polvazares, Santiagomillas, Santa Colomba de Somoza among others; craftsmanships, especially woolen textiles as can be seen in the museums of the Val de San Lorenzo ; the gastronomy of the region , in which Cocido Maragato is the best known dish, even though thanks to the activity of the muleteers a range of dishes very common in seaports became popular in the whole region, for example cod, octopus and conger eel “al ajoarriero”, beef jerky being another very much appreciated specialty of the area, as well as mycology or the traditional honey processing enriching the seasonal gastronomy maragata that can be discovered when visiting the interpretation centers of the town of Tabuyo del Monte; the monumental heritage related mainly with the Camino de Santiago on its way throug the region of Rabanal del Camino is a good example , the archaeological remains such as Petroglifos de Peñafadiel, found near the village of Lucillo on the slopes of Mount Teleno; or the remains of the gold mines that the Romans profusely mined in the entire area and that can be visited following the Gold Route; traditional folklore, with the music and typical maragatos costumes that can be seen in the traditional celebrations such as the Romería de la Virgen de los Remedios, patron saint of the entire Maragatería that is celebrated in Luyego de Somoza on the second Sunday of October; natural and hiking routes through its forests, banks, waterfalls and mountainous areas of the Sierra del Teleno that show the beauty of this unique region of León.