After the destruction, due to fire, of the previous residence, Bishop Juan Bautista Grau Vallespinós had the present palace built to his fellow countryman and personal friend, the architect Antonio Gaudí.

Construction works begin in 1889, but after the sudden death of Bishop Gaudí leaves project being stopped until the architect Ricardo García Guereta finishes it in 1913.

In addition to the mentioned architects, several artists will work inside the palace, highlighting the fresco artist Fernando Villodas; the French glassmaker José Maumejean; and the sculptor Enrique Marín.

Because of its uniqueness, it is one of the most outstanding buildings of the Astorgan architectural heritage. In 1963, it became a Museum of the Caminos, and it exhibits several and outstanding pieces from the Diocese of Astorga that include from prehistory, epigraphy and Roman numismatics, religious art from different periods and contemporary art.

Possibility of builing guided tours, previously booking, during Holy Week and during the summer months. Groups can also visit in other times but always with prior reservation 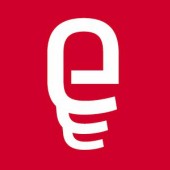